The language of music encompasses an immeasurable array of dialects. All are sprawling, ever-evolving tools for disseminating a swarm of ideas, whether laced with chords, punctuated with percussive instruments or laid bare in inspired lyricism. Often, the hardest task as an artist is to truly know yourself to the extent that you’re able to propose a meticulous map of your identity to the world. Musicians approach this by exploring our notions of self-identification and delving into nuanced emotions, fraught politics or the minutiae that separate and bind us. All are a brave bid to enable us a deeper critical awareness of the world in which we inhabit. 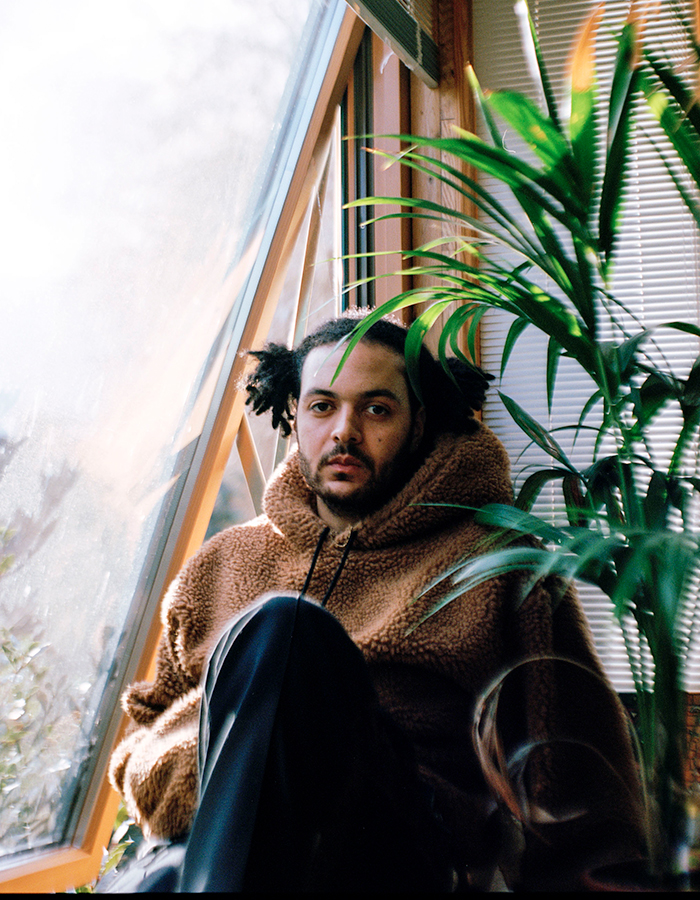 With our backs bathed in the springtime sunlight streaming into Yussef Dayes’ bedroom, we begin a lesson into the language of drumming - a language he has been fluent in since the age of two. Yussef’s speech patterns mimic his drumming style; meditative moments demand you lean in to catch his words, before he drives his final point home with a crescendo. Naturally, he prefers to articulate his astute analysis of identity and politics with a free-flowing beat. “I don't know how you can study jazz… It's more of a way of living. It's more a way of thinking, so it should be reflecting the mood of how the society is, and for me it's a music of oppression; black people are still being oppressed.”

With licked impressions of afro-beat and the samba breaks found in Brazilian percussion, Yussef’s loose, energetic style of drumming triggers a pouring of sweat into his eyes, staining them red. “Sometimes I go on stage and I'm just like, 'Let's go and fucking mash up these drums.’ I'm stinging it, just to let people know that this is a battlefront. I was in Salvador and Brazil and you hear the drummers… It's a positive vibe, but at the same time, listen to the actual rhythms. Straight war rhythm.”

Whilst free flowing and organic on the surface, Yussef’s drumming is governed by an intelligence and precision that he adeptly utilises in leading the rest of his band. His signals manifest as a series of choreographed head movements and emphatic gestures. The music never tips into unreasoned frenzy; it is a channel for Yussef to eagerly communicate his frustrations around issues of race. “When you go to a lot of these shows, it's a lot of middle-class white men. It's just a bit dry… I try and focus on things like energy, groove, feeling and not so much the technicality. That's not to say I don't want to make great compositions, or want to improve my arrangement skills.”

In trying to comprehend and convey concepts of what is to not only better himself, but also those influenced by his music, Yussef exudes an earnest, endearing innocence. “I'm just interested in how I can get more people like myself coming to my shows.” Yussef’s mission is to encourage inclusivity and promote the root of what jazz fundamentally means on a contemporary platform. “I think as long as maybe more black people start coming to the shows, that's when I'll start being like, 'Yes, I'll call it jazz.’” 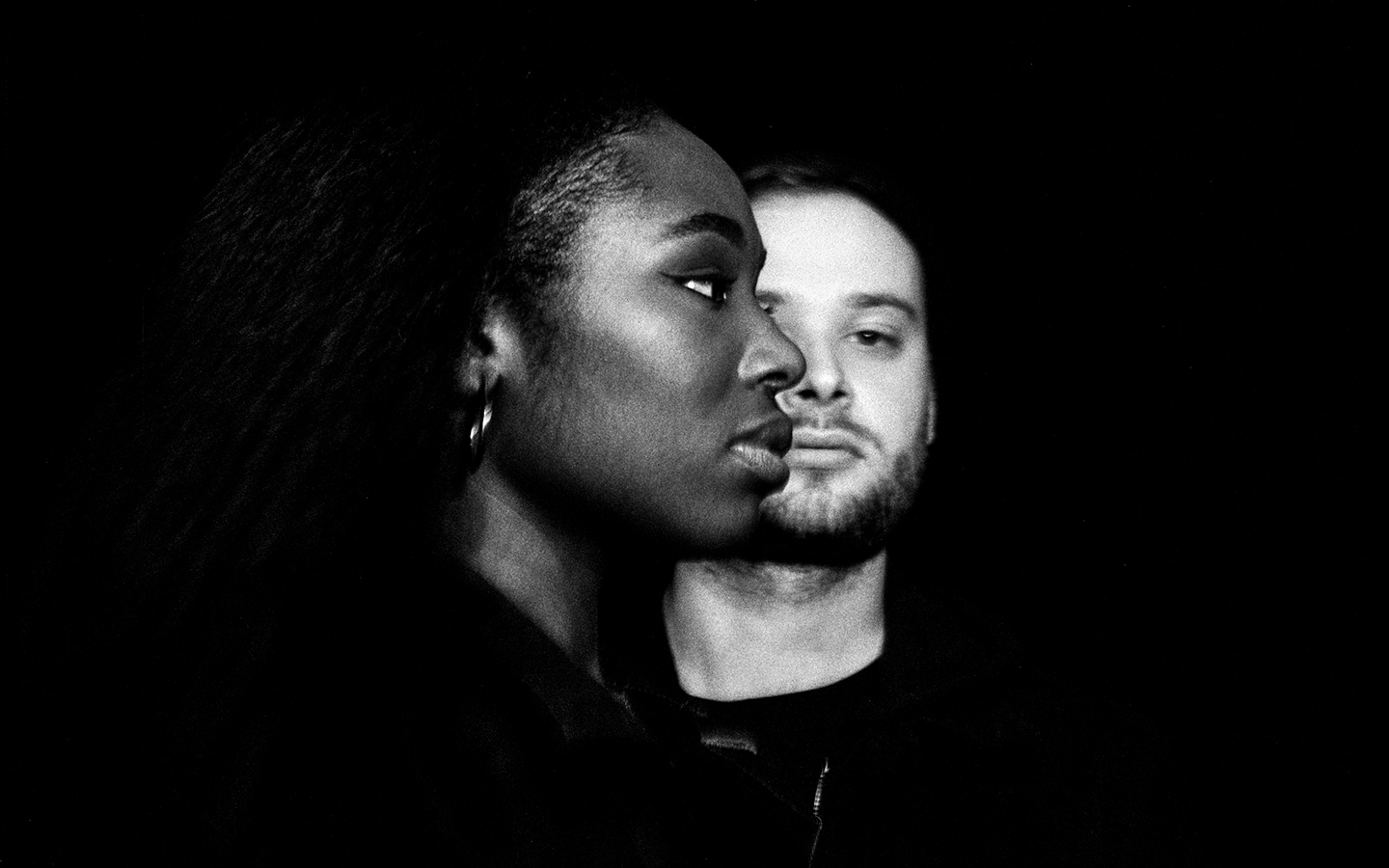 Nadia Adu-Gyamfi and Luke Osborne a.k.a. Nula meet me at their favourite café on Telegraph Hill, one they frequent to hash out their intuitive production and vocal collaboration. A friendship forged at Goldsmiths has matured into the undeniable synchronicity that permeates their soulful electronics. “We spend lots of time together…” Luke begins before Nadia jokingly interjects, “We drive each other up the wall.”

Taking their lead from Björk,  Massive Attack and an inventory of forward-thinking artists, Nula have flooded their philosophy and tonality with futuristic principles. “We’re not trying to centre on stereotypes, with the black girl on vocals and the white guy on production. We like to keep those roles as fluid as possible,” Nadia pointedly adds.

Nula are fiercely protective of one another and the sound they’re working hard to craft from the ground up. This is echoed in the lasting lesson they’ve already garnered from experiences within the music industry. “Major labels are a very hard one, because I still, to this day, find them a very tricky, problematic entity,” says Nadia.

The duo’s disarming live shows are the core of their impressive magnetism. Fusing faultless vocals with live percussive electronics and dance, their performances are aglow with passionate sincerity. As they continue to hone in on this intersection of communication, encompassing body language, musical language and spoken language, Nula are embarking toward a more conceptual take on their artistry. “I want to manipulate [sound and instruments] without even having to touch something,” Nadia reveals. 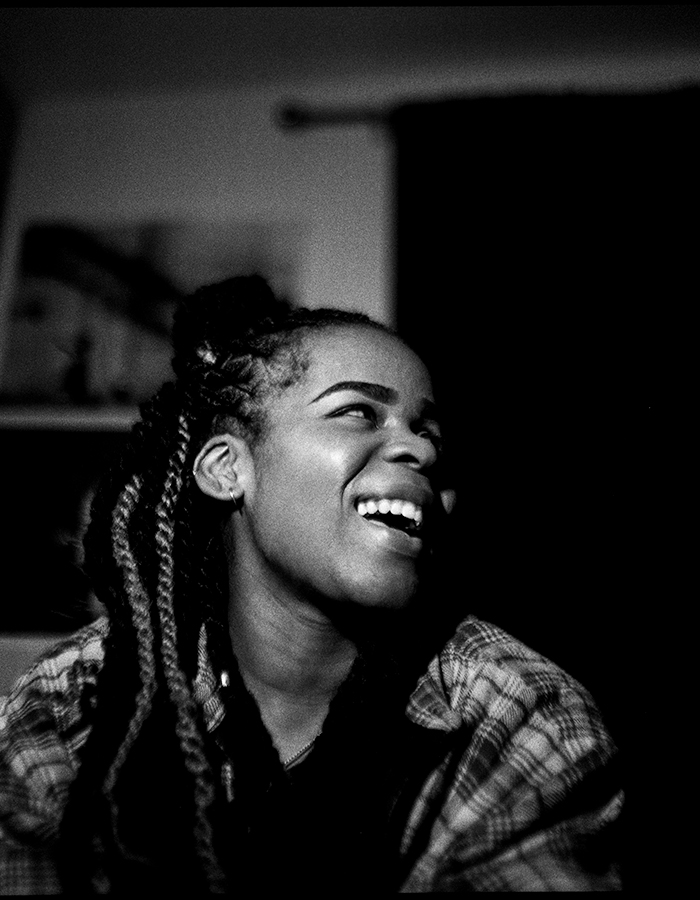 Poised as though it was paused mid-conversation, the recording equipment in Lex’s bedroom studio blinks in anticipation that she’ll resume where she left off. The twenty-five year old poet / rapper’s language is lush. Either bared or spread across a beat, her voice pours over vowels and consonants like honey.

As a black woman of Nigerian heritage growing up in Britain, Lex is well versed in the necessity of code switching. However, her rich descriptions encapsulate this experience, without the self-aggrandising, overused colloquialisms and clichéd nods to urban landscapes. “I talk about my every day as a Black British woman, navigating here, trying to understand what home is, trying to understand where I fit in.”

“When I talk about going to Pak's [Hair and Cosmetics Centre] and getting Green Dax for my hair, that is what it is to be black and British. The issue with identity a lot of the time is that it's almost like there has to be some criteria. I grew up with a Nigerian hand. Nobody can take that from me. Nobody can give that to me.”

Whilst observing and articulating these everyday routines - often disregarded as mundane - Lex breathes in the nuanced details that deeply resonate. “So many things we were doing when we were younger have been normalised. So things like being sent to go and get tinned tomatoes on a Saturday, you don't reflect on how powerful it is.”

Lex’s linguistic and worldly wisdom transcends her age. Reflecting the soul music on which she was educated, the languid form of her poetry creates space for a deep intake of breath, capturing a moment of collected thought and considered notions of the world at large. “It’s like culture as synchronised dance… When you actually take yourself away from your individual experience and look at it, we're all just moving and navigating in similar ways, without even knowing each other, but having this interconnection.”