Sometimes a beer can be more than just your average pint. A good beer can intentionally mess with your palate, shake up norms and make you question the very fabric of flavour.

There is a beer for every taste. Wine lovers can find the flavours of beer more familiar than they might expect, especially beers that are sour or use the same strains of yeast found in wines. People who swear by their coffee fix will find the complicated flavour profiles in an imperial stout or porter appealing. Most beers also work with a vast majority of dishes from a thick fillet steak right across to vegan pad thai. Some are like rum or whisky, brewed only to be gently sipped and lovingly analysed. Mostly, a beer is a refreshing way to end a long day but however beer is seen, it will always be an inherent part of British culture. So what’s all the hype about? And how can we keep the industry as fresh as its beers?

We might need to go back a step or two here to flesh this out a little.

The discovery of beer is inextricably linked to early Mesopotamia (modern day Iraq) and the residing Sumerians’ supremely savvy and ingenious methods of cultivation. The Sumerians had little to work with in terms of the climate. Hot, arid and unyielding, their main goal was to acquire water in order to grow crops, among which the most important were barley and wheat; it’s via these simple grains that beer made its messy, accidental appearance.

Beer has come on a long and more sanitary journey since then.

London is at the heart of an ever-evolving craft revival. Transparency about where necessities such as food, clothing and beverages come from is increasingly important. As a result, both consumer and business attitudes are changing, responding to the growing economic need for what is essentially truth and honesty in produce.

Products that are seen as ‘natural’ or ‘organic’ are much more likely to resonate with the average consumer. This need for quality, a sense of stripping back to the decent minimum, has shaped the beer industry over the last few years, resulting in the array of authentic craft varieties we see in the average beer shop today. London-based breweries such as Villages and Boxcar are using eye-catching design and minimalist brewing approaches to match the taste of the modern drinker.

In London, the beer industry at the moment is one of the most progressive in its approach to engaging consumers. With more women getting involved in the industry in public-facing roles, beer culture is evolving from the old cask ale days and middle-aged men supping from glass tankards.

There is, however, something missing from this imbibed experience. There has long been a distinct call for more and more diversity and representation of people of colour and the LGBTQ+ community as well as women in the industry. But there is hope.

Currently 110+ breweries have made London their home, with one-off taprooms from a plethora of breweries settling in thriving parts of the city. One of those is Earth Station Brewery, a new £1.5 million brewery/social enterprise scheme being built by London’s Royal Docks. It’s run by Jenn Merrick, whose credentials include a stint as head brewer at Beavertown and who is an active advocate for inclusion. One of her goals is to “provide opportunities for women, people of colour and other under-represented groups, improving diversity and modernising the brewing trade.” And Jenn isn’t alone in her efforts to expand the community. 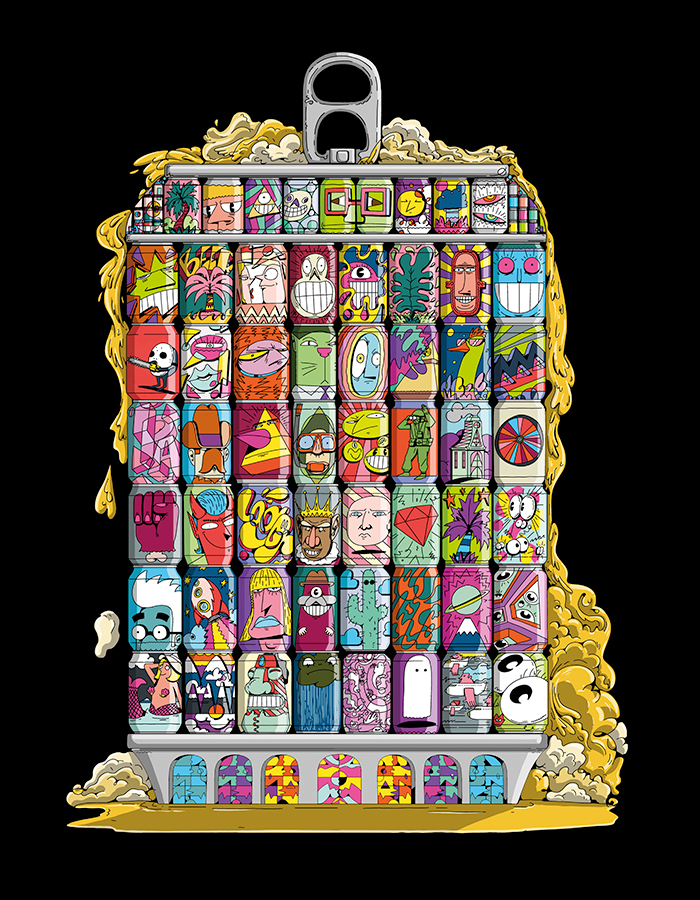 New project House of Cans aims to add its own layer of creativity to the London beer scene by collaborating with breweries, artists and retailers to showcase limited edition beer. Their first brew will be a union between Two Tribes Brewing and artist Chris Martin, who has worked with Coal Drops neighbour The Guardian, plus mega brands Nike, Johnny Walker and Ray-ban.

The world of beer, then, is not without its trends and predictions in beer styles can be a bit hit and miss. But in amongst the sound and fury of the latest hop varieties that are totally going to yield big this year, the idea of keeping people consistently open to newness and surprise is key. Aside from light-hearted predictions, the common feeling among brewers and consumers alike is that the brewery taproom environment is crucial; it’s both a new way of connecting people to the beer that they drink and great for keeping the price of beer relatively reasonable. Visit any brewery taproom and you can talk face-to-face with the people that are making your beer. It’s a great way to associate yourself with the producers of your favourite IPA, and it’s crucial for breweries to gain new, devoted fans. It’s an ‘I scratch your back’ symbiosis, a trend that determines longevity.  One of the best ways to experience beer is by attending one-off beer socials to get chatting to people in a similar boat. Events such as clubs, tastings and seasonal beer release launches is where the industry is taking off. People + beer = a good time.

If one looks below the surface of the overwhelming saturation of beer choices on the market, at the very core of the industry is its people. Traditions are being smashed as the new wave of beer enthusiasts have taken over to produce a diverse range of flavours that are influenced by personal tastes. Breweries from the UK are both pushing the boundaries and simply making beer that they - and their consumers - want to drink.