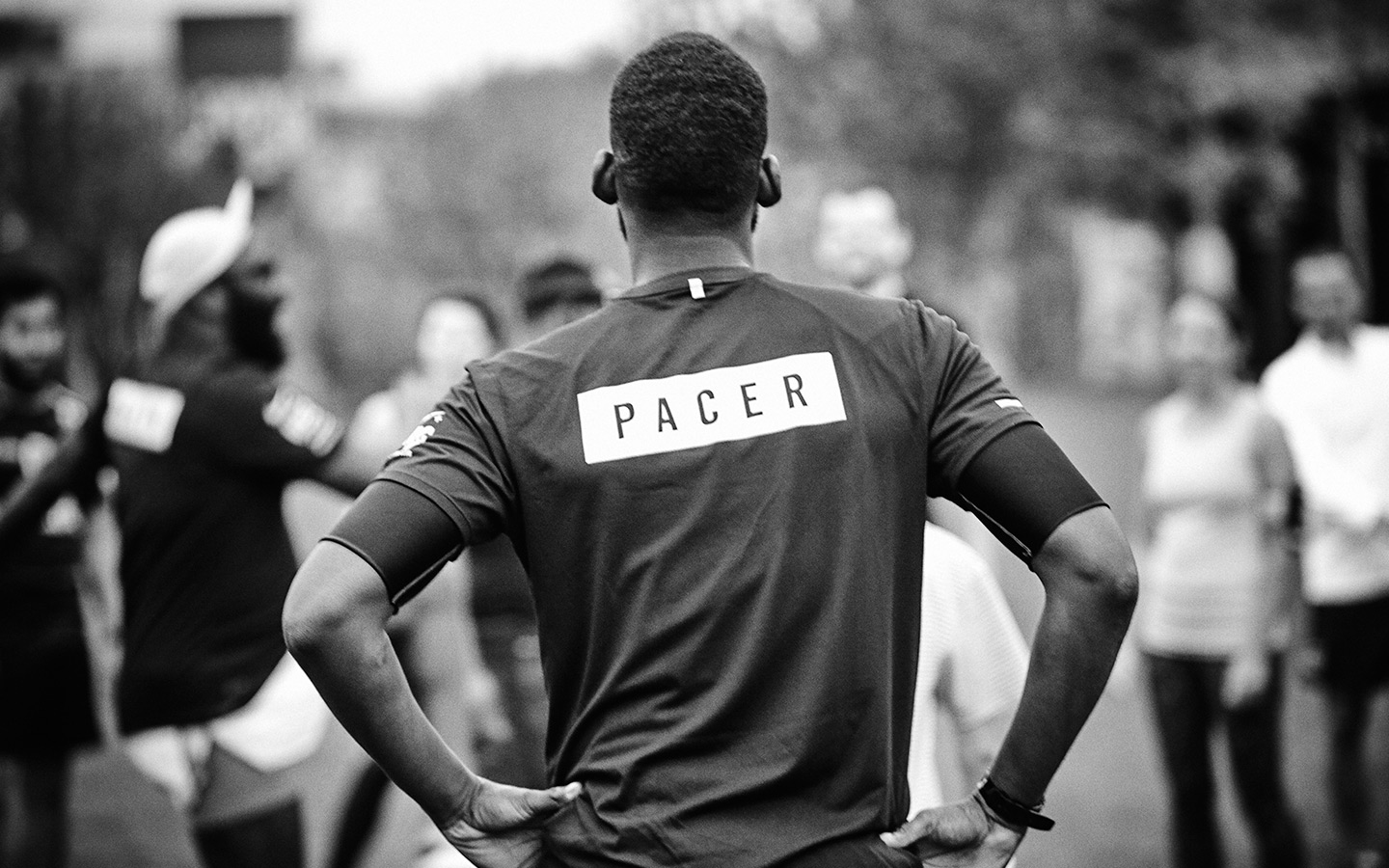 Jamie Madison shares a first hand account of running to King’s Cross while Elliot Kennedy photographs the people that run there week-in, week-out.

Those first few steps are the hardest. It doesn’t matter if you’re a one-time jogger or a seasoned club runner, as soon as the initial commitment to begin is made, the whole world starts to seemingly push against you – the air suddenly steeped in a heavy sense of inertia and lethargy. Starting any run in London can be a little challenging – after all, the winding streets, busy intersections, air pollution and bustling crowds do not quite appeal to the imagination in the same way that Britain’s wooded trails, grassy hills and pristine coastal pathways might. However, after two years of exploring this city by run, I’ve learned to look past the initially bleak beginning, to the rewards that lie just round the next corner – a London unseen from its tube stops and bus stations. On this day my training plan dictates 10 miles – more than enough to get past the stickiness of starting – a chance to dive into the city’s secrets, running along the trails and fault-lines that make up our thriving metropolis.

My route begins by following the river, and once the first few uncomfortable strides have been gurned and grimaced through, a rhythm begins to gain momentum – quick and fiery to start like a musical ensemble’s opening riff. If it’s a good day, which today seems to be, the initial hesitation will quickly fade and my feet will assume the excitable bounds of happy dogs, chasing each other over and over across the cobbled paving stones, along empty wharfs and quiet riverside pathways. The only sound on this sleepy Sunday morning is a distant drilling somewhere far-off behind, over by the quiet monoliths of Canary Wharf, squarely at my back. Ahead, the sky-puncturing outline of The Shard looms up alongside its companions on the bank opposite: all silent, all still. They exude such an aura of austerity and aloofness from across the river – an extravagant showcase of great space and power – that I’d be intimidated if it were not for the sheer amount of times I’ve already run this way. 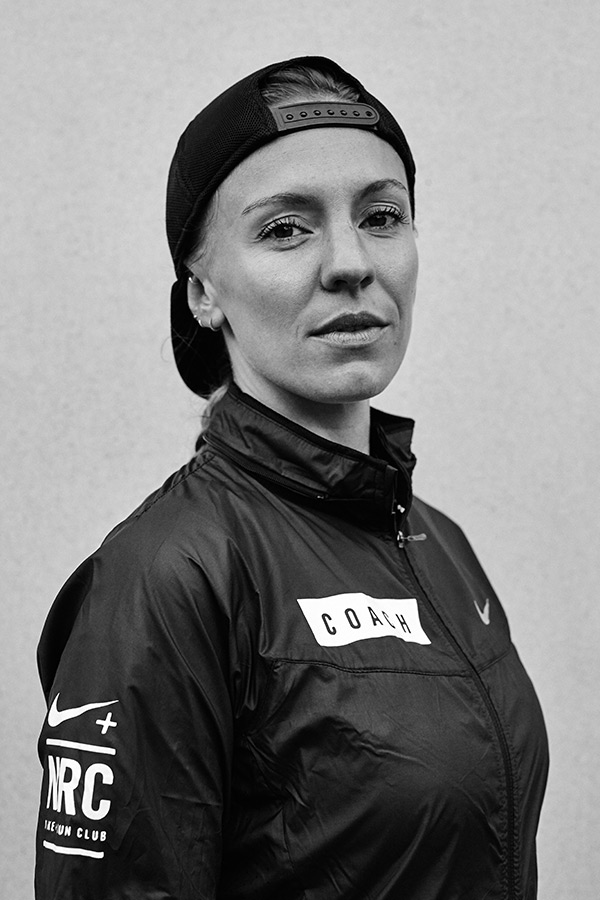 My watch beeps indicating the second mile has just gone past, at a pace surprisingly much quicker than I thought I’d be doing – but when there’s so much to see, the first few minutes always tend to go by rather swiftly. Weariness will no doubt come later and time will balloon out into slow motion, but for the moment my mind bumbles along without let or hindrance, losing itself in the intricacies of London’s many distractions. Specifically, I see shapes. Every little tunnel and alcove all along the riverfront has its own unique geometry, and each foot finds a perfectly proportioned square of tiling in which to land. With quick bounds I play the children’s game of not stepping on the cracks, only letting the balls of my feet hit the floor before springing off again fast, jump after jump taking me across the city. Even at eye-level the geometric shapes are still there, elegant tiling of tunnels offering an abstract escape from the knowledge that there’s still a long way left to go yet.

A man sits inside the open back of his unbranded lorry, just along from Tower Bridge, waiting sleepily for a delivery, although what it might be exactly I can’t tell in the moment. The bridge is a boundary, a signpost separating the lively working bustle of the East End area from the elegant, tourist-lined centre. That’s one of the amazing things about running in this grand city, the intimate sense of transition you get from your journeys. Wherever you head, after a few miles you’ll see the soul of the place shifting under your very feet. Just a mile before, I’d been racing through the strictly business docklands beat only to emerge, as if via a backdoor, into a gilded tourist town – ornate lampposts and antiquated monuments signalling my arrival to the flagship London that makes it into all the films. 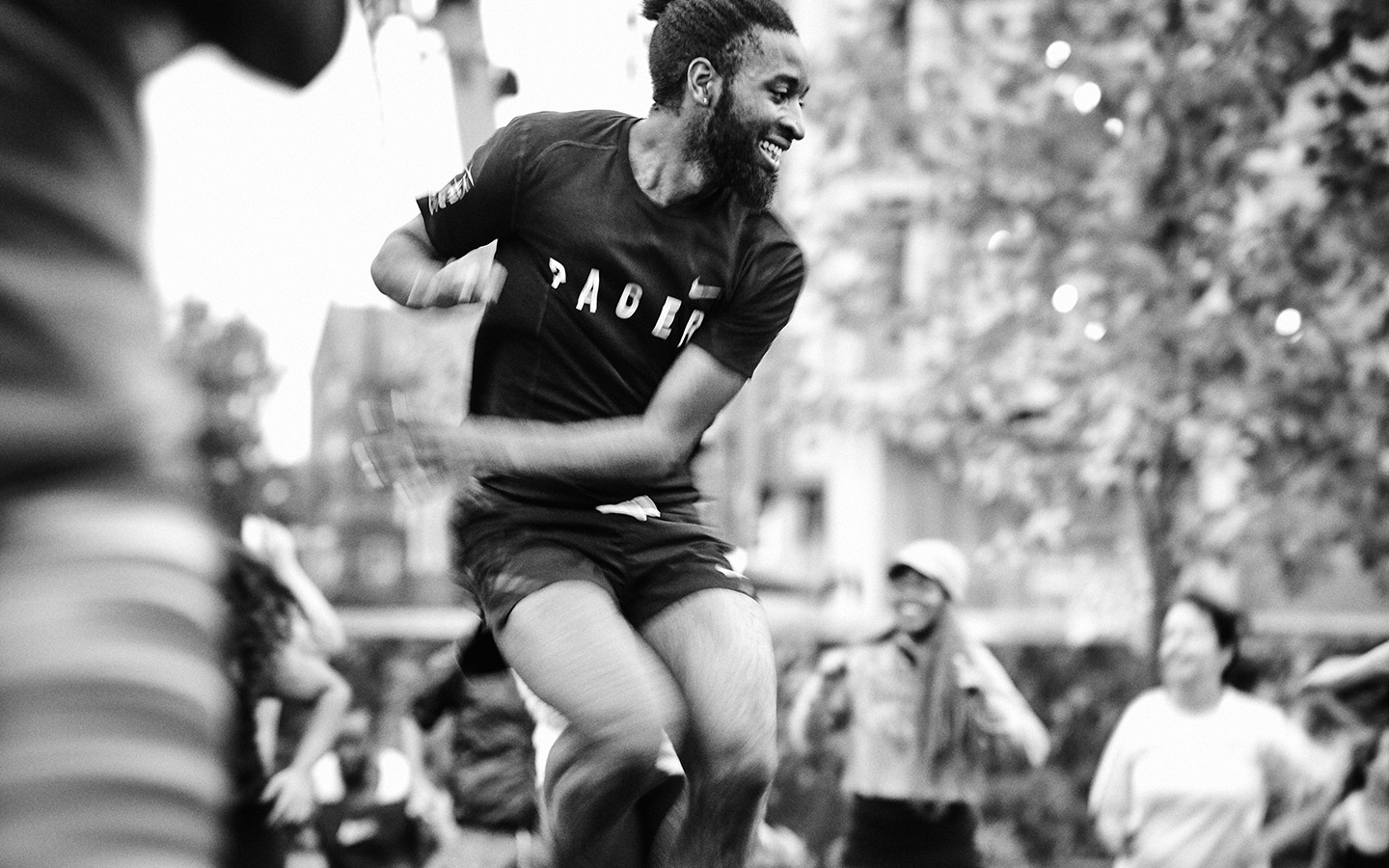 "After two years of exploring this city by run, I’ve learned to look past the initially bleak beginning, to the rewards that lie just round the next corner."

A helicopter swoops down low, its 360-degree camera – I swear – pointed straight at me, like a hovering eagle eyeing potential prey, before banking back towards Westminster. Then with a simple turn right I’m among the emerging morning crowd of sightseers. To run is to take part in one of life’s simplest actions – after all, all you do is put one foot in front of the other for an unspecified amount of time. Yet doing this sparks off so many more connections and memories than you’d think such a banal act could ever possibly create. It is, in all honesty, the easiest way I find to visit the past. Just here for instance – on the rather litter-strewn part of The Strand, just up by the vintage watch shop – is the Pret A Manger where I had lunch with friends on the first weekend after I’d moved to London. Up ahead, on the junction between Oxford Street and Tottenham Court Road, was where the amazing Christmas decorations I’d stared at so mesmerised last winter had hung – that office block off Charlotte Street once housed the company I went for an interview at but didn’t get. Places are linked with memories, and – in a runner’s world absent of other distractions – it’s hard not to reflect on the paths you’ve already run down. The ones that led you to the life you live now.

A bakery shop pumps out the smell of fresh pastry, enticing tourists in, competing for their already stretched attention with the souvenir shop across the road flogging £1 Union-Jack mugs. At its sharp end, London is a world of crisscrossed streets, a chorus of shouts and chatter and aromas of intermingled smells, and it’s hard not to feel overwhelmed by the activity taking place around you all the time. I’m thirsty, but to go into the local Sainsbury's is a no go. Then this run would become two, not one, and this stream of self-reflection shouldn’t be interrupted for fear that I’ll lose touch with whatever energy it is that seems to flow up from the cobbles where a million other men and women have walked before me. London is laden with latent emotion. It’s a focus of collective thoughts, passions and energies, perhaps a metaphor for humankind’s rise from its humble origins. And I find that’s the best bit. There you are – the runner – puffing away, red in the face from the sun, tired and thirsty but sucking it all in, absorbing the very essence of this city through every pore, every breath. 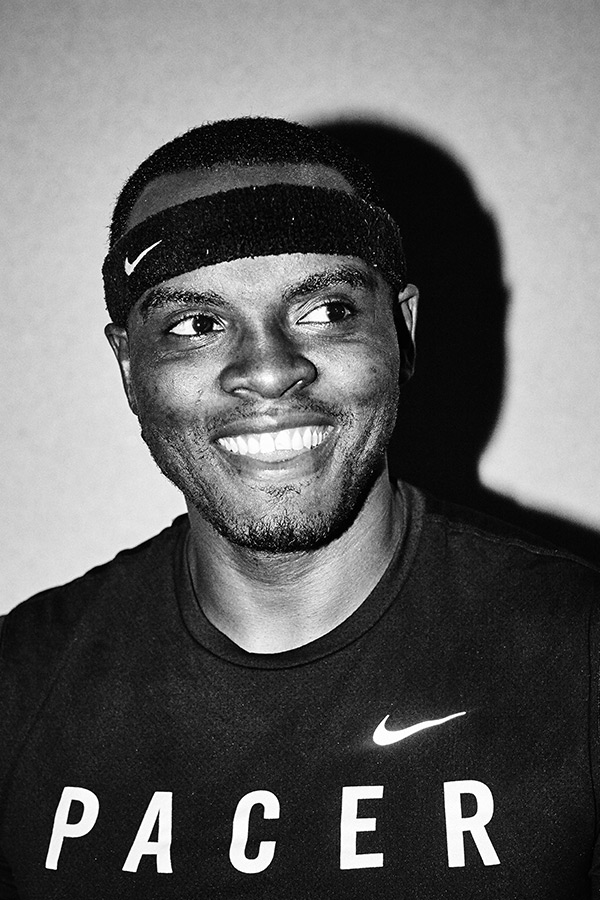 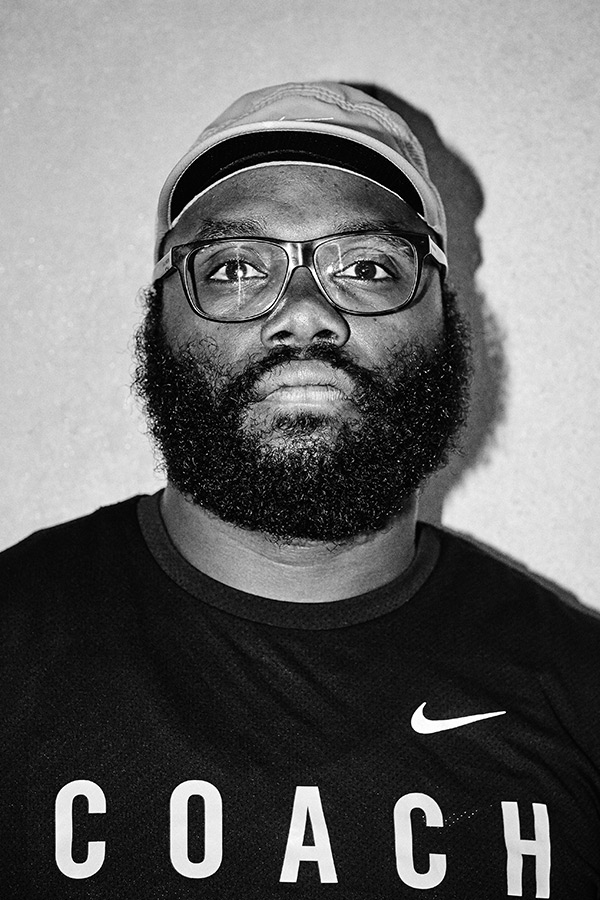 King’s Cross station comes into view from between the crowds waiting patiently at the various traffic crossings. An older couple stands kissing goodbye outside a taxi, engine running; door still open. Another couple holds hands, laughing at some private joke as they wander into the station, the building humming with activity despite the early hour, off to wherever it is they’re headed. I continue past, weaving up and between the new shops and cafes of King’s Cross – soaking in the calm serenity that seems to exude from the place. One moment I’m eyeing the wooden benches jealously – there’s a quiet girl alone reading her book, coffee in hand by the water features. The next, I’m transfixed by the new Nike store, contemplating (with no small amount of longing) the new trainers on display there. Without any conscious willing of my feet I end up at the top of the hill, in Granary Square – as I do – my watch emits its 10th and final beep. That’s the magic number – 10 miles. It means the meditation’s over for yet another day, and at last I’m allowed a little rest, and I gratefully sit down on a bench.

But even though I’m no longer moving, London continues to stretch out away from me – past the bubbling water fountains – to different roads snaking off in all directions. From here I can meander pleasantly along the canal, green with the summer algae bloom, or perhaps jog back just down the way for a much deserved alfresco coffee at the Mexican restaurant Tortilla. Or I could even dive into the station itself and wherever those trains may lead. No, even though I’ve stopped, the city continues to move, filled still with many exciting and undiscovered paths left to take. The ones I run are up to me. 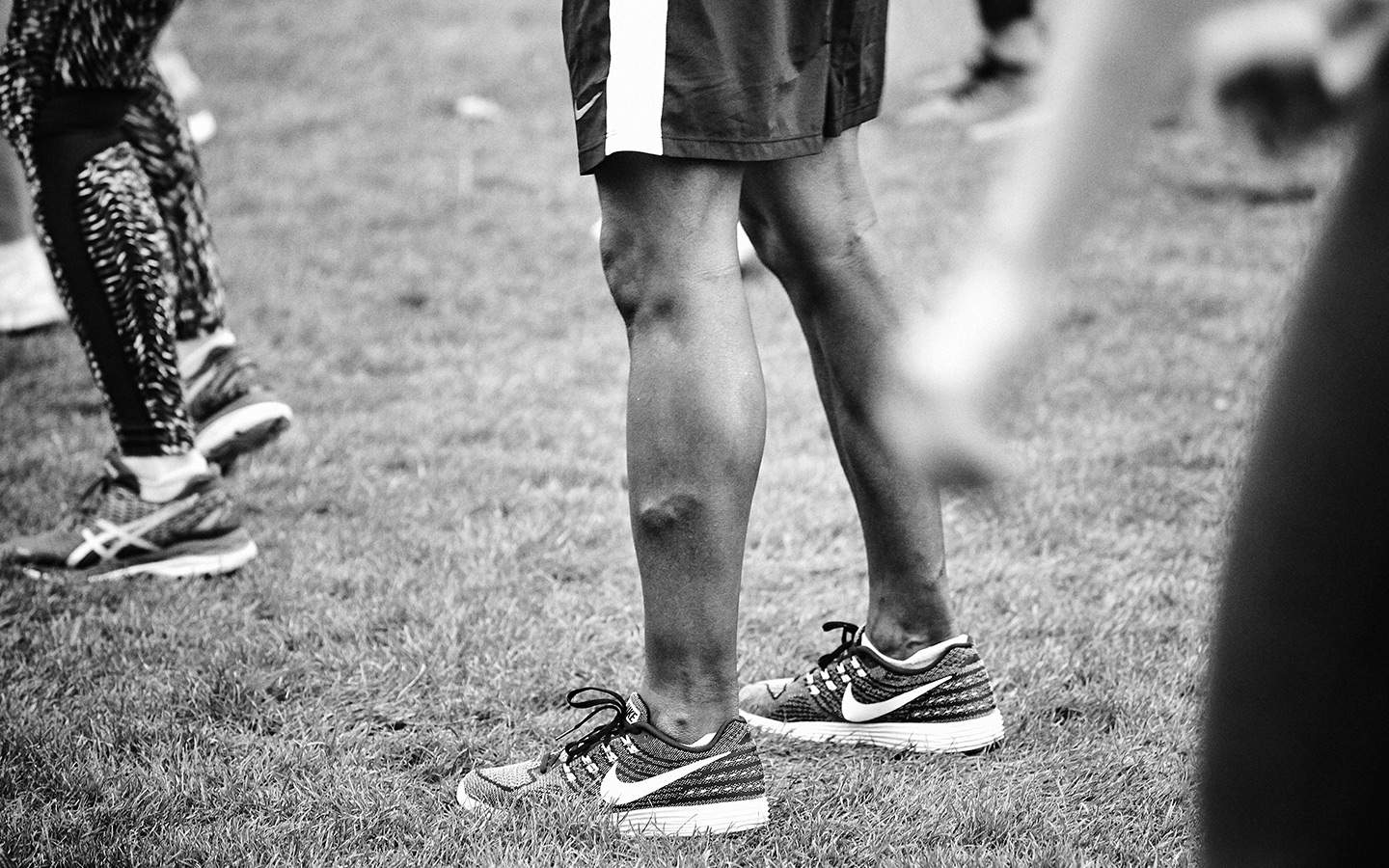